We Honor “The Ghost” at Folsom

Matt Urban is a Medal of Honor recipient and American hero. At Folsom we honored him with a leg work out and lots of burpees. 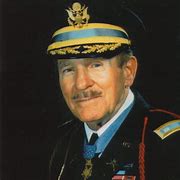 For conspicuous gallantry and intrepidity at risk of life above and beyond the call of duty: Lieutenant Colonel (then Captain) Matt Urban, 112-22-2414, United States Army, distinguished himself by a series of bold, heroic actions, exemplified by singularly outstanding combat leadership, personal bravery, and tenacious devotion to duty, during the period 14 June to 3 September 1944 while assigned to the 2nd Battalion, 60th Infantry Regiment, 9th Infantry Division. On 14 June, Captain Urban’s company, attacking at Renouf, France, encountered heavy enemy small arms and tank fire. The enemy tanks were unmercifully raking his unit’s positions and inflicting heavy casualties. Captain Urban, realizing that his company was in imminent danger of being decimated, armed himself with a bazooka. He worked his way with an ammo carrier through hedgerows, under a continuing barrage of fire, to a point near the tanks. He brazenly exposed himself to the enemy fire and, firing the bazooka, destroyed both tanks. Responding to Captain Urban’s action, his company moved forward and routed the enemy. Later that same day, still in the attack near Orglandes, Captain Urban was wounded in the leg by direct fire from a 37mm tank-gun. He refused evacuation and continued to lead his company until they moved into defensive positions for the night. At 0500 hours the next day, Captain Urban, though badly wounded, directed his company in another attack. One hour later he was again wounded. Suffering from two wounds, one serious, he was evacuated to England.

In mid-July, while recovering from his wounds, he learned of his unit’s severe losses in the hedgerows of Normandy. Realizing his unit’s need for battle-tested leaders, he voluntarily left the hospital and hitchhiked his way back to his unit near St. Lo, France. Arriving at the 2d Battalion Command Post at 1130 hours, 25 July, he found that his unit had jumped-off at 1100 hours in the first attack of “Operation Cobra”. Still limping from his leg wound, Captain Urban made his way forward to retake command of his company. He found his company held up by strong enemy opposition. Two supporting tanks had been destroyed and another, intact but with no tank commander or gunner, was not moving. He located a lieutenant in charge of the support tanks and directed a plan of attack to eliminate the enemy strong-point. The lieutenant and a sergeant were immediately killed by the heavy enemy fire when they tried to mount the tank. Captain Urban, though physically hampered by his leg wound and knowing quick action had to be taken, dashed through the scathing fire and mounted the tank. With enemy bullets ricocheting from the tank, Captain Urban ordered the tank forward and, completely exposed to the enemy fire, manned the machine gun and placed devastating fire on the enemy. His action, in the face of enemy fire, galvanized the battalion into action and they attacked and destroyed the enemy position. On 2 August, Captain Urban was wounded in the chest by shell fragments and, disregarding the recommendation of the Battalion Surgeon, again refused evacuation. On 6 August, Captain Urban became the commander of the 2d Battalion. On 15 August, he was again wounded but remained with his unit.

On 3 September, the 2d Battalion was given the mission of establishing a crossing-point on the Meuse River near Heer, Belgium. The enemy planned to stop the advance of the allied Army by concentrating heavy forces at the Meuse. The 2d Battalion, attacking toward the crossing-point, encountered fierce enemy artillery, small arms and mortar fire which stopped the attack. Captain Urban quickly moved from his command post to the lead position of the battalion. Reorganizing the attacking elements, he personally led a charge toward the enemy’s strong-point. As the charge moved across the open terrain, Captain Urban was seriously wounded in the neck. Although unable to talk above a whisper from the paralyzing neck wound, and in danger of losing his life, he refused to be evacuated until the enemy was routed and his battalion had secured the crossing-point on the Meuse River. Captain Urban’s personal leadership, limitless bravery, and repeated extraordinary exposure to enemy fire served as an inspiration to his entire battalion. His valorous and intrepid actions reflect the utmost credit on him and uphold the noble traditions of the United States Army.

VBS at the Sword

Olympics at the Gashouse

Theme by Anders Noren — Up ↑